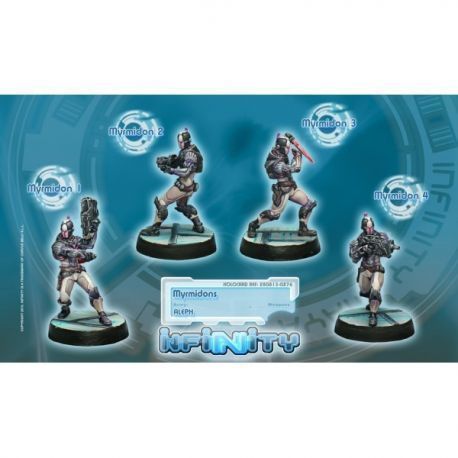 Myrmidons - New! Here is another new Infinity unit box, with which you can assemble a group of the fiercest fighters of the ALEPH army. The Myrmidons are the most effective shock troops of the Human Sphere, equal in value to the Homeric warriors they are named after. The Myrmidons were created by the human AI to fight the alien forces of the Combined Army, using the most violent rage and passion to defeat the enemy where the cold logic of a thinking machine cannot.