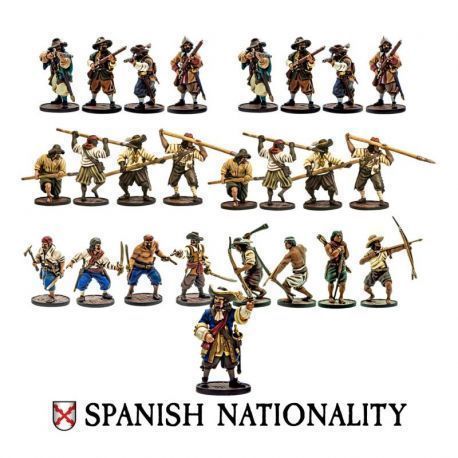 This starter set includes 25 Spanish models and allows you to build a 100 point force of either:Guarda Costas: Spanish privateers licensed to suppress piracy and smuggling in the Caribbean that were often accused of piratical acts by the English and French.Spanish Caribbean Militia: Made up of civilians, freed slaves and native auxiliaries. The first line of defence on the Spanish Main.Contains:8x Milicianos 8x Lanceros 4x Milicianos Indios 4x Marineros 1x Spanish Commander 1x Game Card Please note: Miniatures are supplied unpainted and some assembly may be required.