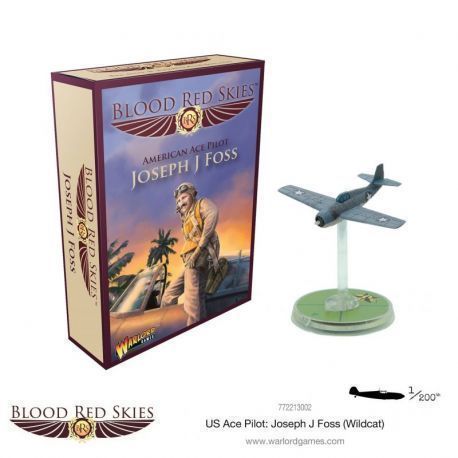 Joe Foss became the first American 'Aces of Aces' in World War 2 during three months of frenzied air combat during the Battle of Guadalcanal, leading a flight of eight Marine Corps Grumman F4F Wildcats known as 'Foss's Flying Circus'. This flight scored a total of 72 victories against Japanese aircraft of which Foss accounted for 26 personally, most of them Zero fighters. Foss was awarded the Medal of honour and later returned to combat flying, although he was unable to further increase his personal score. Foss survived the war and lived to 87.