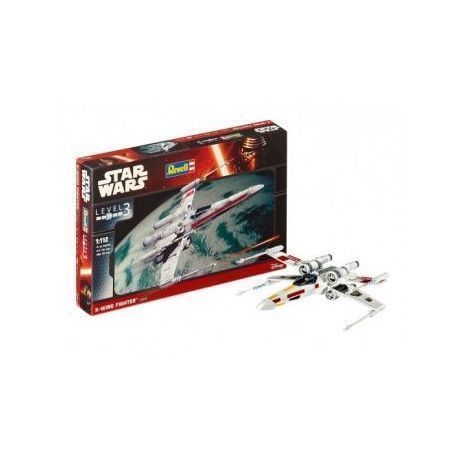 Star Wars Jedi: The light side of the force fights as a rebellion with X-Wing spaceships The new Star Wars plastic model kits for gluing and painting now offer model fans from 10 years of age even more handicraft fun. This is the main fighter of the Rebel Alliance and one of the most powerful single-seat Star Wars spaceships ever produced. The T-65 X-wing fighter gets its name from its stacked double wings, which form an X in combat missions to increase the pilot's fire area. In addition to four high-end laser cannons, the X-wing Fighter has proton torpedoes, deflector shields, hyperdrives and a navigation droid. Luke Skywalker prefers this type of hunter. It was used by the young Jedi to destroy the first Death Star in the Battle of Yavin. The X-wing fighter quickly proved to be one of the most effective military vehicles in the galaxy. The T-65's unusual wing design is often seen as the spaceship's recipe for success. The double pairs of wings remain closed during normal flight below the speed of light. They can be deployed in combat and when entering the atmosphere of a planet. At the wing tips are high-energy laser cannons that can be fired individually, simultaneously, in pairs or in other combinations. The Star Wars model spaceship is perfect for all small and large Star Wars fans.