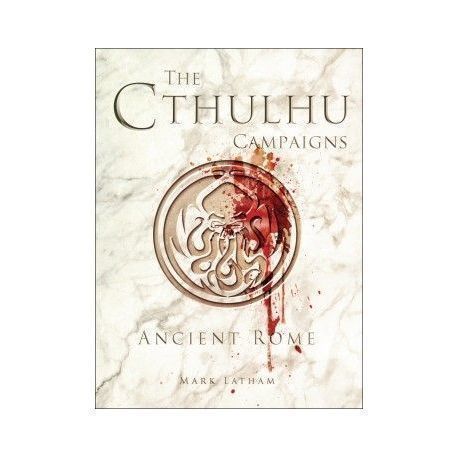 Rome, the greatest empire the world has ever known, limitless in breadth and power, magnificent in its glory! But something evil, ancient and unknowable gnaws at the heart of the empire.

Dark gods, trapped for centuries in thrice-warded tombs, have been disturbed by Roman plunderers. A secret war is fought daily between those who would harness this strange power for themselves, and those who fear it signals the very end of the empire. Across the sea, roused from eternal slumber by a world awash with war, by omens and pagan slaughter, a Great Old One waits for the way to be opened. A cosmic terror that man was not meant to know. Those who know its name tremble, and only the very braveor very foolishincant it for their own ends. They whisper it in darkness; they cry it from atop blasted hills; they scream it to the raging oceans. Cthulhu"