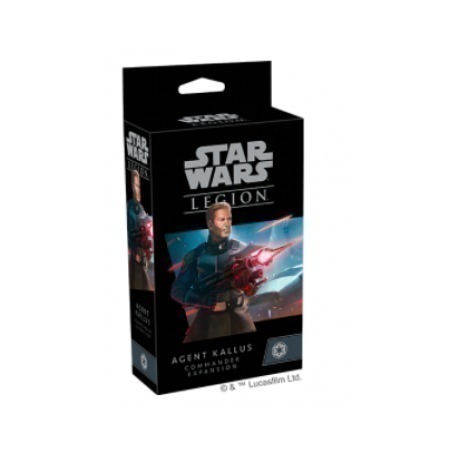 Hunt your enemies to the far ends of the galaxy with the Agent Kallus Commander Expansion for Star Wars: Legion! Ruthless and cunning, Imperial Security Bureau agent Alensandr Kallus will stop at nothing to suppress dissent and bring order to the galaxy. Now, he can lead your Imperial forces as they hunt any rebel cells. Within this expansion, you?ll find a finely detailed, unpainted hard plastic Agent Kallus miniature that you can customize to fit your own style. Beyond this, seven upgrade cards?including his J-19 Bo-Rifle?invite you to outfit Agent Kallus for battle, while his three signature command cards help you explore new strategies as you seek to quell rebellion.