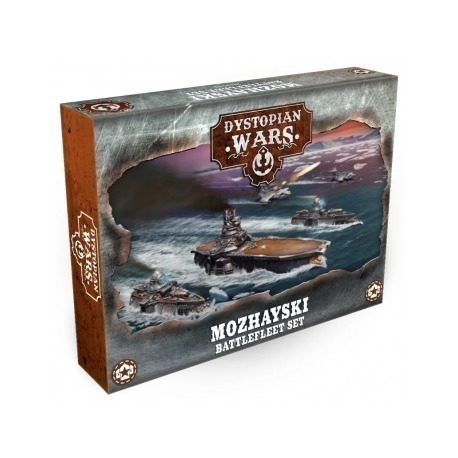 The colossus that is the Commonwealth is able to draw on the massive resources available to mother Russia in order to build, not only its railways, industrial centres and power plants but also battleships, airships, tanks and other machines of war in great numbers. The vast New Admiralty Shipyard in Saint Petersburg stretches for almost a mile along the banks of the River Neva, and the forges and factories are constantly producing vessels of all classes. The newer yard located on Vasilyevsky Island, at the mouth of the Neva is almost as industrious, but this newer facility is focused on the most modern of the Commonwealth?s designs. Less than 20 miles west of Saint Petersburg is the Kronstadt Naval Plant. Further south, on the Black Sea sits Sevastopol, a city founded for the sole purpose of building ships for the Commonwealth. All of these industrial centres, along with a myriad of smaller ones, are able to produce significant numbers of warships every year. This is how the might of the Commonwealth has been growing so rapidly of late. The ships of the Commonwealth are constructed of thick hulls and heavy armour, while advanced engines ensure they are still able to keep pace with ships of other nations. Commonwealth naval engineers specialise in the latest ablative armour, and have retro-fitted it to almost all of their legacy fleet. Though the Commonwealth places less emphasis on air support than the other Great Powers, they still appreciate its uses in achieving victory. The Mozhayski Fleet Carriers are integral to this combined arms doctrine and the expansive internal spaces for officers make them preferred command ships for Commodores. Typically accompanying these large carriers are support squadrons of cruisers and Stoletov Ekranoplans. The Pravda Support Carriers are equipped with short flight decks and limited aircraft capacity compared to the Mozhayski, but can launch a supporting screen of fighters or bombers to assist in attack runs. The Morosko Heavy Cryo Cruiser builds on the Norilsk hull design with the integration of an advanced cryo generator capable of forming deadly icebergs in their enemy?s path. The Khatanga Cryo Assault Cruiser is favoured by northern commanders as it takes this art of war one stage further with addition of the ferocious Semyenov pattern assault bore in the prow. The Mozhayski Battlefleet Set builds five multi-part plastic and resin miniatures and 4 Tokens 1x Mozhayski Class Fleet Carrier 2x Khatanga Class Cruisers Each Cruiser can alternatively be built as either a Morosko or Pravda Class 2x Stoletov Class Ekranoplan 4x SRS Tokens