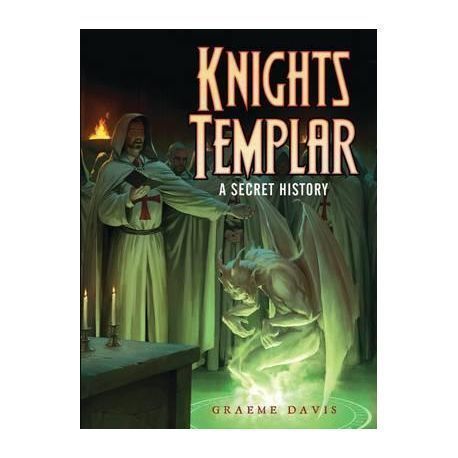 Born in the dark days of the great crusades, the warrior monks of the Knights Templar vowed to defend pilgrims traveling to the Holy Land.

Yet strangely, there are few historical records of the Templars ever fulfilling this task. Instead, their history is one of bloodshed and conquest, wealth and power, dark secrets and conspiracies. Today, the story of the Knights Templar is intimately linked with the story of the Holy Grail. But what exactly is this ancient artifact, and how has it been used to manipulate history for the last one thousand years? This book, based on the notes of the recently deceased historian, Dr. Emile Fouchet, attempts to unlock the secrets of the Knights Templar. It begins with an examination of their historical origins, their growth in the early middle-ages, and their supposed destruction under the charges of heresy. From there, it uses the clues left by the Templars themselves to reconstruct their secret journeys as they moved the Holy Grail from Europe to the New World and back. It also charts the secret, three-way war that is still being fought between the Templars, the Freemasons, and the Catholic Church. Finally, the book reveals the greatest of all Templar conspiracies, the attempt to found a new world order under the auspices of the European Union.