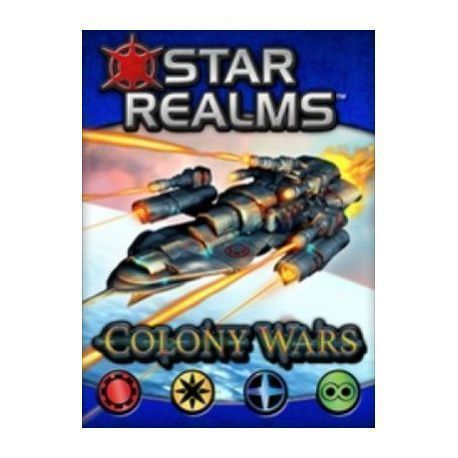 Colony Wars is a deckbuilding game in the Star Realms series which is both a standalone box set for two players (featuring an 80-card trade deck, as in the original) and an expansion for the base Star Realms set that allows it to be played as a four-player game.