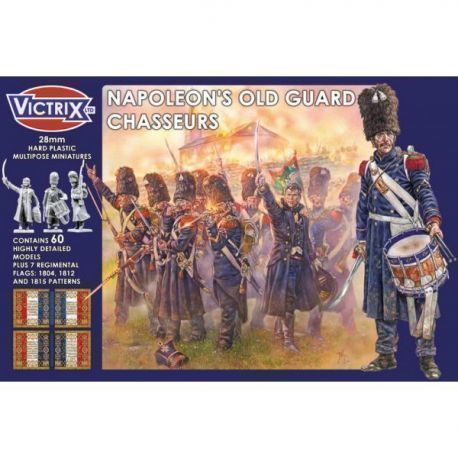 The Chasseurs are our second set of Napoleon's Old Guard and completes the infantry for Napoleon's old 'Grumblers'! You can now truly represent the Guard massed columns advancing to break the British at Waterloo.

The set contains 60 figures, also included are 7 regimental flags, representing flags of the 1804,1812 and 1815 issue. Positions included in the box are:

Of course any arm can be used on any figure, giving you the option to make many more positions than listed.